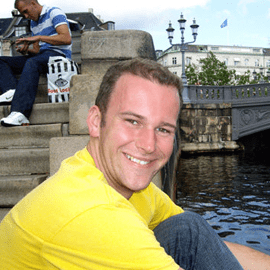 He has worked for almost a decade as a television and radio reporter and newsreader at Australia’s national broadcaster, before working behind the scenes at the country’s number one television network, creating entertainment content. Now he constantly travels from country to country with no official home and shares them all with world.